The Depth & Diversity
of Irish Whiskey

A short guide to our unique spirit 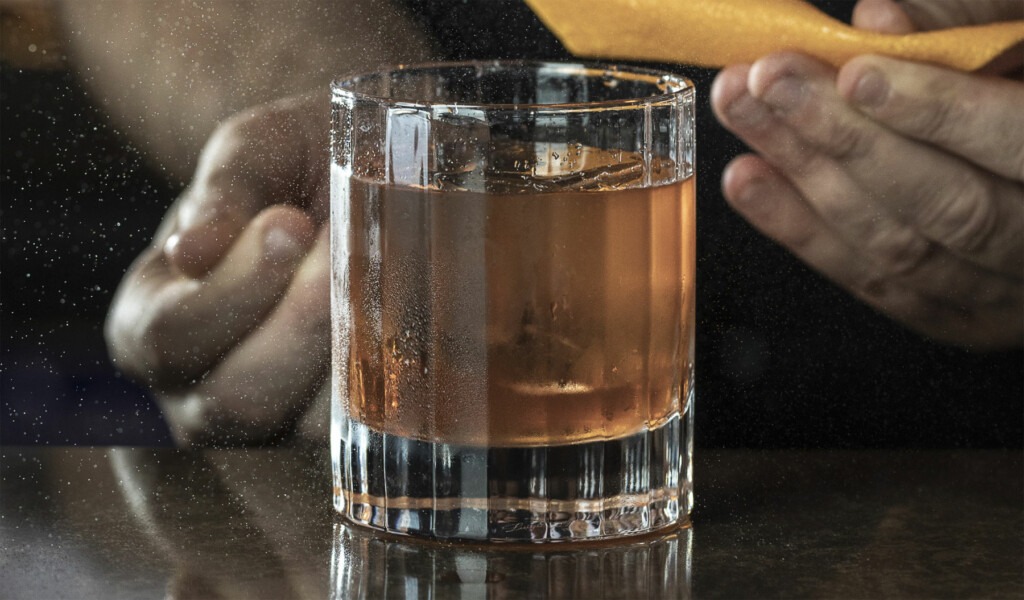 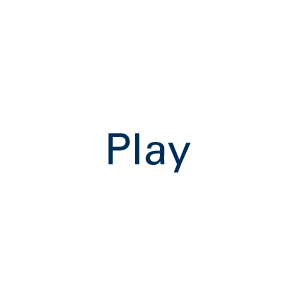 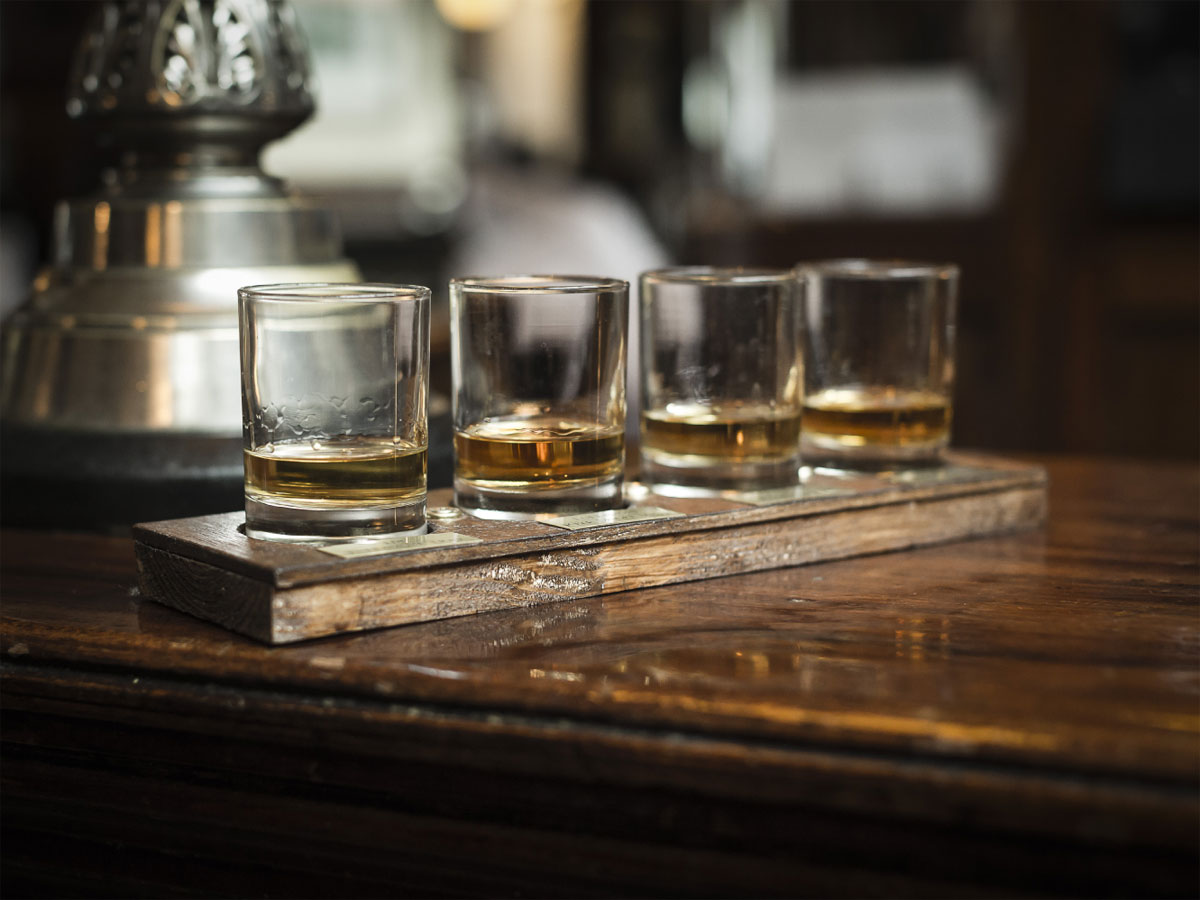 It's _
a place apart

Ireland, a small windswept island out on the very far edges of Europe. The last speck of land before the continent meets the roar of the Atlantic Ocean.

A patchwork of green fields crisscrossed by rugged mountains and clean rivers, surrounded on all sides by water.

It’s small but mighty. Known for its extraordinary natural beauty. Loved for the warmth of its welcome. Celebrated for its culture – its writers, poets and musicians.

All of these things have shaped the Irish spirit – and in turn our national spirit: Irish whiskey. A unique style of whiskey. A masterpiece of smoothness and flavour, brimming with warmth and depth.

Every glass of Irish whiskey is a distillation of the whole island of Ireland. It’s all in there. The green fields. The gentle rain. The dramatic history. The warmth and approachability. The legendary creativity. A perfect reflection of authentic Irish character and personality. 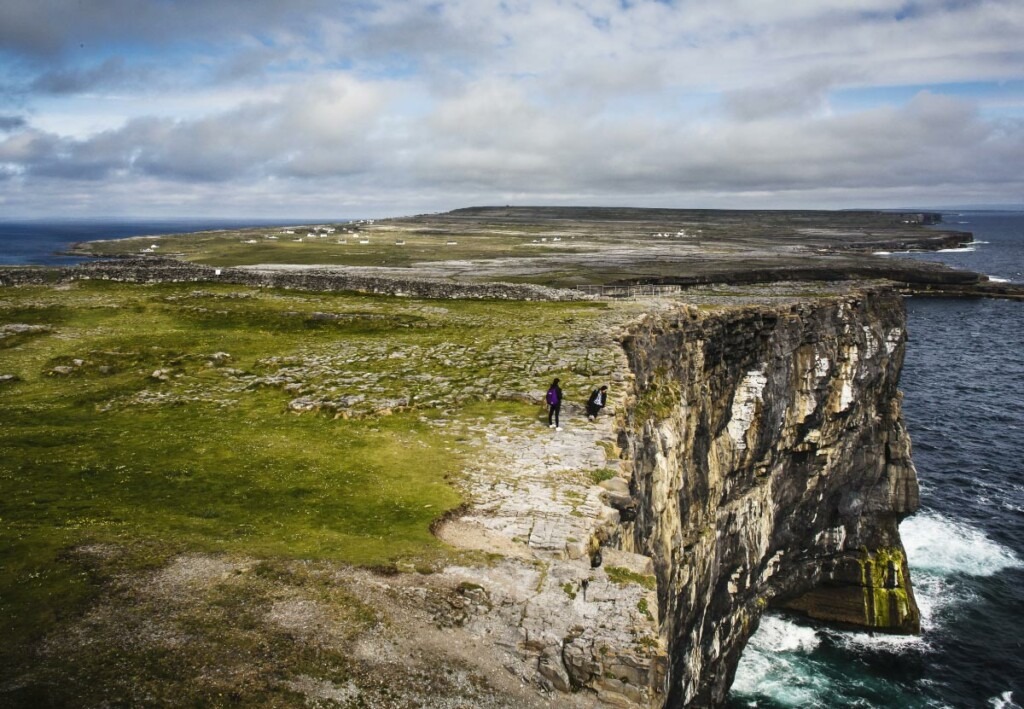 It's _
our home and our people

In ancient times, Ireland was famous as the ‘Island of Saints and Scholars’. More recently Ireland has been famous for our Nobel laureates and our rock-stars; for our campaigners and our entrepreneurs.

The creativity and passion of the Irish is also to be seen among the distillers and blenders who craft Irish whiskey, not to mention the pioneers behind our new distilleries and brands. There are now Irish whiskey distilleries operating across all parts of the island of Ireland.

From the bustling city of Dublin, once home to the world’s largest-ever whiskey distilleries; to the windswept Irish coast; to canal and riverside spots in Ireland’s midlands; and many more locations.

With distinct micro- climates and traditions, each place imparts its unique character on the Irish whiskey made there. Irish whiskey would be nothing without the people and places that define it.

It's _
where whiskey got its name

The first distilled spirits, the forerunner of what we now call whiskey, were known in many languages as the ‘Water of Life’, ‘Aqua Vitae’ etc. The world’s earliest written reference to distilling of ‘Aqua Vitae’ appears in the Red Book of Ossary, written in the Irish city of Kilkenny in the 14th century.

In the Irish language, ‘Aqua Vitae’ was called ‘Uisce Beatha’ or ‘Fuisce’ which, when it was anglicised, became ‘whiskey’.

Ireland is both the home of whiskey distilling and the source of its name. From our ancestors who first enjoyed the fruits of their trial distillations to the distilleries of the present day, we’ve been making whiskey in Ireland for longer than any other country.

Irish whiskey is full of depth and diversity as we’ve had longer to innovate and perfect the many different ways we make our whiskey, taking into account and making the most of the unique attributes that the island of Ireland offers to the whiskey-maker.

It's _
about surviving and thriving

In the 19th century, Ireland was the global power-house of whiskey production, with over 100 Irish whiskey distilleries, supplying the world’s most popular whiskey.

Then the 20th century happened. Between world wars, trade wars and prohibition, Irish whiskey lost its dominance. By the 1980s, there were just two distilleries left making Irish whiskey. But Irish people know a little bit about adversity! We don’t give up easily. We knew it was only a matter of time before the world rediscovered Irish whiskey. We were right. Global sales of Irish whiskey have more than doubled in the past decade; and they’re showing no sign of stopping.

Global demand has inspired an exciting new wave of local production.  From two distilleries in the 1980’s, to four in 2010, we started 2020 with over 30. Many more are planned. Add to this, the many blenders, bonders and independent bottlers who form part of the exciting Irish whiskey family. Each of these producers, older and newer, are making their own unique expressions, bringing exciting depth and diversity to the Irish whiskey category.

Bartenders, buyers and bloggers are spreading the word; and whiskey-lovers from Shenzhen to San Francisco are calling for Irish whiskey as the category begins again to win the attention and loyalty of consumers on a world-wide basis. That’s amazing news for the Irish whiskey industry.

It's _
our longitude and latitude

Having the Atlantic on our doorstep means that Ireland is wetter and wilder than its neighbours – and greener, literally the Emerald Isle.

This impacts on many of the things that can go into making Irish whiskey from home-grown barley and other grains to our crystal-clear water.

Ireland’s westerly longitude and position as an exposed island in the Atlantic, in the path of the Gulf Stream, provides us a mild and slightly warmer maritime climate than our latitude would normally allow. This influences the rate of evaporation of our whiskey matures as it interacts with the cask imparting a character unique to the island of Ireland.

It's _
our craft and craftiness

The Irish have a reputation for being feisty and rebellious. Maybe that’s because of our history. Being colonised for over 800 years didn’t stop us from expressing our identity; and it didn’t stop us making our whiskey either.

With centuries of experience, handed down from generation to generation, Ireland has some of the world’s greatest distillers and blenders. Their canvas are the stills and barrels and vats. Their art is great Irish whiskey.

This craft is matched by the historic craftiness of the distilleries, most infamously in getting around the taxes and laws imposed on them.

These evolutions, whether from innovation or regulation, have left us with a spirit all of our own. A whiskey with a character and taste profile unlike any other.

Diversity is not just about different brands. It’s at the very heart of how Irish whiskey is made. We’re proud to use large volumes of Irish malt and unmalted barley as well as other grains such as wheat, oats and rye.

We use more different mashes of malt and grain than other whiskeys do, creating more types of distillate and sub-categories than in any other whiskey culture. We make all sorts of whiskey from Grain whiskeys made in column stills through to Single Malts, made from 100% malted barley, in some instances peated.

In Ireland we also uniquely use mashes combining both malted and unmalted barley, sometimes with other grains such as oats or rye. This produces what the Irish call Pot Stil whiskey, or Single Pot Stil if it comes from a single distillery.

It's _
our tradition of distillation

In Ireland many distilleries triple distil, some distil twice but always more than once. This tradition of multiple distillation is central to our craft.

Irish whiskey stills vary from distillery to distillery, marrying the traditional, the practical and the elegant – from copper pot stills, historic and new; to columns stills, from the tall to the taller.

The use of these stills and the craft of multiple distillation is guided by the mastery of our distillers. In selecting what to distil, choosing how to run the stills or and judging what type of barrels to use, our distillers craft Irish whiskeys of the highest quality and character.

It's _
how we mature and finish our whiskey

The choice of barrel massively influences the final flavour profile of the whiskey.

Barrels made from American or European Oak dominate in Ireland, but barrels made from chestnut, cherry, acacia and native Irish Oak also feature. Barrels previously used for American whiskeys are most common, but barrels once used for sherry, port, other wines or fortified wines, rum, beer and cider are also used to mature Irish whiskey in order to give it that extra finish before bottling.

The scope available to Irish whiskey producers means Irish whiskey has become a world-leader in the art of cask-finishing, adding to the depth and diversity of products on the markets, all with unique and complex taste profiles based on the barrels used.

It's _
our craft of blending

The art of the blender is to marry the various types of Irish whiskey to produce some of the world’s most sophisticated and complex blended whiskeys. Because we distil more typse of different whiskeys, matured in more types of barrels; the permutations of the types of blends we can produce is endless.

Added to this, the inclusion of older, aged whiskeys and the use of further maturation to give blends that extra special finish means Irish whiskey can offer unique premium blends.

It's _
easy to enjoy

Even if you’ve never been to Ireland, you’ll recognise Irish character a mile away. We’re warm and sociable, easy-going and approachable. We’re always up for a bit of fun, but we know when to take things seriously. Put us into a crowd anywhere in the world, and we’ll get on with everybody.

The very same is true of Irish whiskey. It’s a joy to get to know, for novices as well as connoisseurs. Enjoy it straight or on-the-rocks; and it’s great with a mixer. The depth and diversity of the category means there’s always a new Irish whiskey to taste; and there’s an increasing wealth of premium Irish whiskeys to savour and explore.

Irish whiskey is ideal for pairing with many foods, particularly small bites, from chocolate to cheese, from salmon to shellfish. For flavour and enjoyment, you can’t beat Irish whiskey.

It's _
at the heart of a good cocktail

For many decades, Irish whiskey has been the essential ingredient of the world-famous ‘Irish Coffee’. But now, the Irish Whiskey Cocktail is on the rise and is opening-up new growth opportunities, particularly with millennials.

Cocktails demonstrate the versatility of Irish whiskey. Its varying complex flavour and balanced spirit makes Irish Whiskey ideal for mixing drinks, where the Irish Whiskey stands up but does not overpower the Cocktail. Mixologists love the variety of flavours that Irish whiskey brings as it allows them to express and build on their own creativity. Whether it’s a pot still, a malt, a grain whiskey or a blend there’s always a type of cocktail than can only be improved with the right type of Irish whiskey, be it a ‘Whiskey Sour’, a ‘Hi-Ball’ or even an ‘Expresso Martini’.

Irish whiskey is also being used to push boundaries in new styles of innovative cocktails made by some of world’s best bartenders.

It's _
only Irish whiskey if …

Irish whiskey is a protected geographic indication, recognised and enshrined in law in countries around the world.

Our geographic indication is Irish whiskey’s guarantee of authenticity.

It's _
about depth and diversity

Throughout this story of Irish whiskey one message keeps appearing …

Irish whiskey is diverse and has depth. It’s the differences within Irish whiskey that unites us as a single category.

Just like Ireland and its places and the Irish people, Irish whiskey has many unique characters, but remains one shared spirit.

It's _
a great place to visit

IrishWhiskey360° is the home of Irish whiskey tourism. IrishWhiskey360° leads you deep into the homes and heartlands of Ireland’s extraordinary distilleries. Your journey will take you North, South, East and West, through ever-changing landscapes, from rugged coastlines to historic cities. Along the way, you’ll meet the distillers and blenders who craft the distinctive texture and flavour of each locality. And you’ll explore how people and place, culture and tradition shape the taste of the many characters in the Irish whiskey family.